The 2021 autumn series was marred by two idiots invading the field of play in Cardiff’s Principality Stadium.

The first took place before kick off in the Wales v New Zealand clash as a social media narcissist (who hadn’t even bothered to get the right kit and had an ‘oh so funny and original’ number on his back) joined the All Blacks to sing the national anthem. Andy Goode and Jim Hamilton loved it, but that’s probably not much of an endorsement.

The following weekend saw a moron interrupt the South African match so he could win a £20 bet. The classy individual was not charged by the police for his idiotic actions.

But a century ago the Welsh Rugby Union was also under scrutiny for its inability to control spectators due to ‘gross mismanagement’.

During the 1921 Wales and Scotland Five Nations encounter in St. Helen’s, Swansea, hundreds of fans continually encroached on the playing field in what was deemed a ‘riot’ by some sections of the press. Footage of the occasion, in which mounted police and frustrated players try to restore order, can be seen here.

The match was ultimately won 14-8 by the visitors, their first win in Wales for 29 years. But Welsh captain Tommy Vile (37 years old and making his final Test appearance) said afterwards: “Our own crowd beat us.” 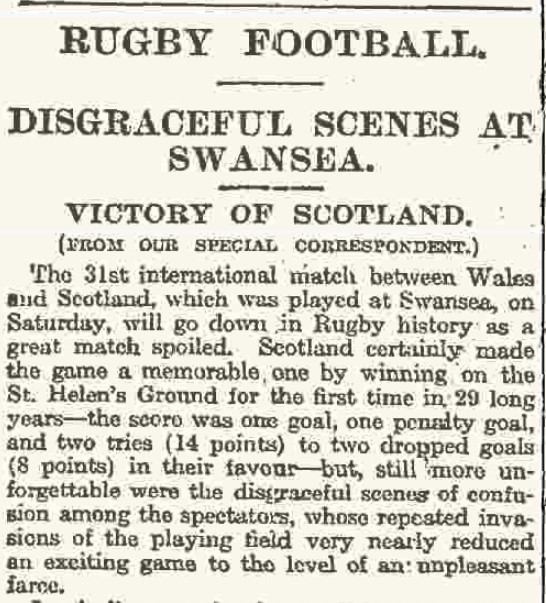 ‘No sooner had the rival teams been photo-graphed than a small, but rowdy, mob skipped the barriers—if they can be dignified by such a name—and began the process of infiltration. A strong force of police or officials could have put an end quickly to this move, but, apparently, such a force did not exist, nothing.was done, and, gradually, the stream became a deluge. The game was begun, and the fact that Wales at first were ” going great guns,” perhaps removed what little restraint the crowd possessed. The invaders, who were mostly youths ” of the species,” swarmed round the touchline, invaded touch-in goal, and finally reached.the goal-posts at the eastern end. Others even surged across the field to the touch-line in front of the grand stand and ring-side seats, and the referee, at this point, had no option except to stop the play.’ 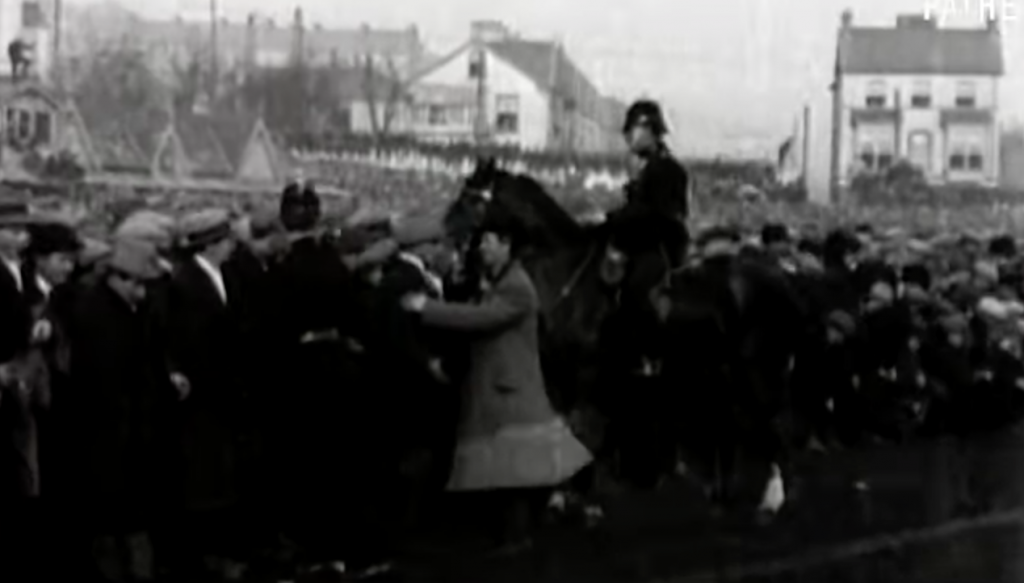 The scenes were so bad, both teams returned to the pavilion until a degree of order was restored. At half-time, Scotland led 11-0, but two four-point drop goals from Llanelli legend and centre Albert Jenkins brought it back to 11-8.

In the second half the teams again had to leave the field as spectators continued to spill onto the field. This time proceedings were halted for 12 minutes. The Times reports that several Welsh players were ‘visibly upset’ by how their own supporters were hampering their efforts to get back into the game and “two of the interruptions occurred at moments when Wales were “on top” and not unlikely to score.” 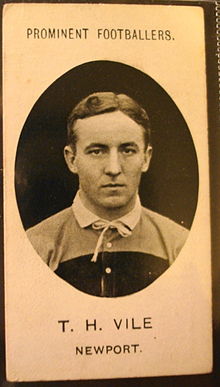 Things were so bad that at one point the Scottish captain and half-back John Hume considered taking his team off permanently. The press also had far from a good time thank to the “less polished members of the crowd”, as this Times extract shows. 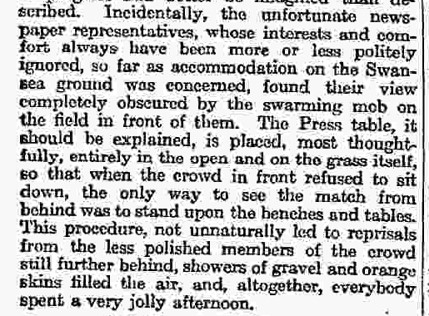 Wales were never able to get back into the game and, after Jenkins left the field injured (no replacements were allowed then), Scotland’s Allen Sloan sealed the win with his team’s third try. However, even if Wales had managed to win on the scoreboard, they most likely would have had the result overturned  by the IRFB (today’s World Rugby) or had to forfeit the win, such was the anger from rugby officials at the scenes. 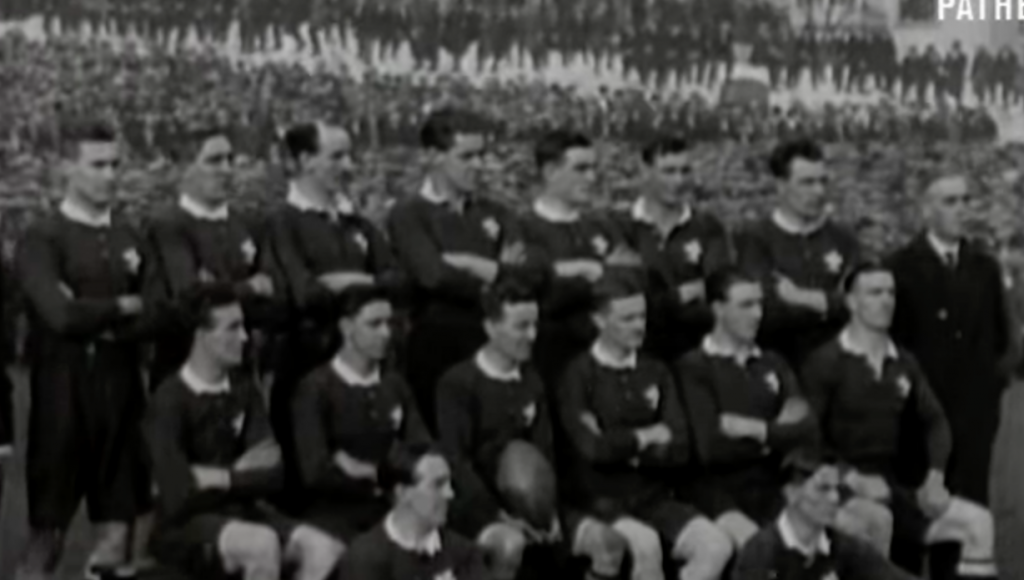 There may be a century between this match and the Wales v South Africa clash in the Principality Stadium last month, but it seems Welsh fans hampering the attacking moves of their own team is nothing new. Who knows, perhaps Andy Goode and Jim Hamilton will invite the descendants of some of the pitch invaders onto their podcast. 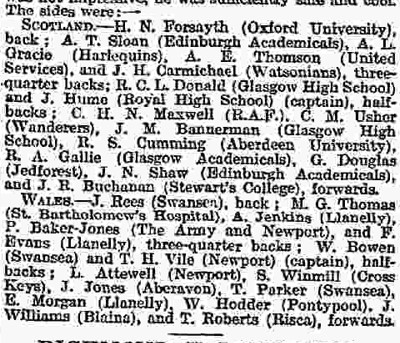 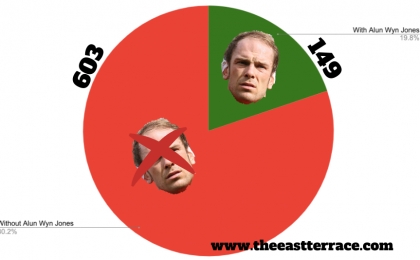 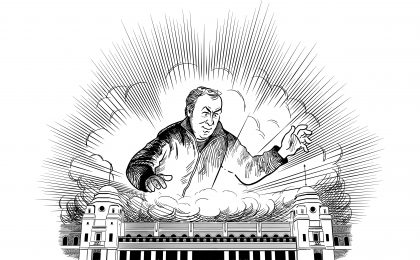 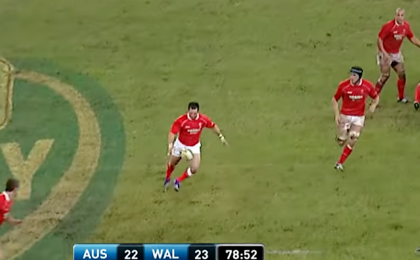