The 2021 Autumn Nation Series had plenty of memorable moments. Ireland’s win over New Zealand was full of them and France’s triumph over the All Blacks was simply dripping in them. We had Chile sneaking a late win over Russia and superb coming of age moments for players like Marcus Smith of England in a dramatic win over the world champions

Yet, there can only be one East Terrace Autumn Moment Award winner. No, it wasn’t Romain Ntamack’s near divine run and pass in Paris last Saturday night. But that certainly came close.

No, the moment that should define the 2021 Autumn Nation Series for all time was the reaction of Wales’s defence coach Gethin Jenkins to Louis Rees-Zammit’s crucial try in Wales’s lacklustre win over an underpaid, underprepared, and undermanned Fiji side.

Despite Fiji suffering a first-half red card, and two further yellows, the Six Nations champions were incredibly poor and uninspired in Cardiff and it took a moment of individual brilliance in the 74th minute to finally put Fiji away (and even then, the touchdown could easily have been disallowed).

Wayne Pivac, Wales’s head coach, along with fellow coaches Jonathan Humphreys and Stephen Jones, reacted like they just led an injury ravaged Uruguay B team to an away win in Eden Park.

Gethin Jenkins, however, kept a stiff upper lip. This was not a moment to raise a hullabaloo. This was a moment to awkwardly look around and recognise that, as Six Nations champions, you’d just barely avoided another chapter in the book of Welsh Autumn Catastrophes. And it was an individual, not a system or strategy, that got you out of jail.

You can’t watch this moment and not immediately recognise that Jenkins is channelling the philosophy of Roman Emperor Marcus Aurelius.

Look, you can observe than the precise moment the former Welsh prop, as undignified celebrations rage around him, is thinking: ‘Withdraw into yourself. It is in the nature of the rational directing mind to be self-content with acting rightly and the calm it thereby enjoys.’

Top marks too for the analysts who also responded like Jenkins, These are wise men. 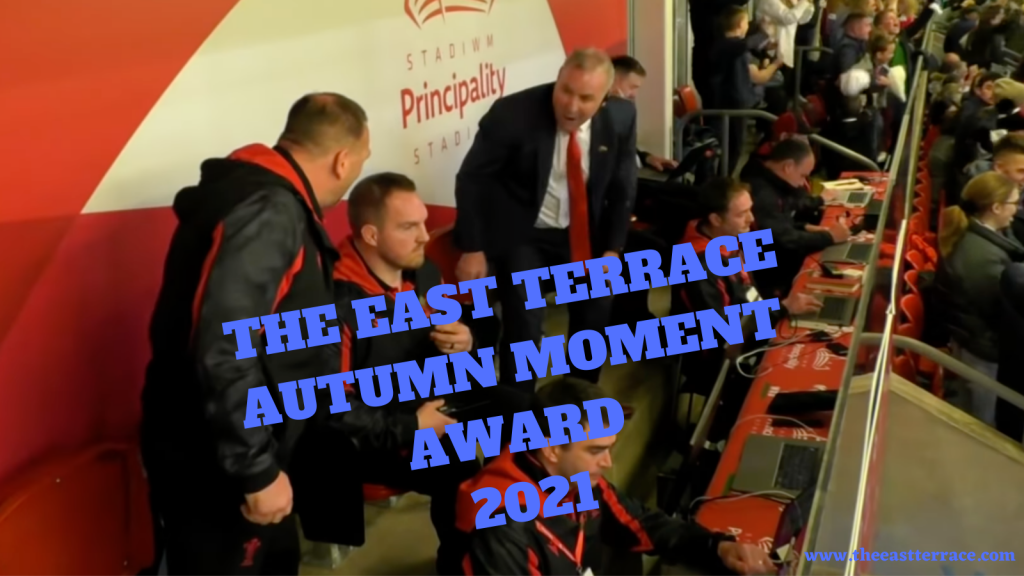