Long time readers of The East Terrace will remember the highly valued Mike Pyke Nonchalant Try Scoring Award.  It is awarded to those players who refuse to go all vulgar and hysterical after grounding the ball for a five point score, and simply trot back to their allocated field position to receive the forthcoming kick off.

For these noble warriors there are no vulgar acts of fist-pumping, no interaction with the frenzied mob watching and no (God, forbid) premeditated hand signals or body movements.  They simply shake a few hands (maybe gracefully accept a few encouraging pats on the bottom) and simply get on with it.

With this in mind, we award Jonny Wilkinson a lifetime version of the Mike Pyke award for a career full of such dignified moments. His approach to the act of claiming five points is perfectly illustrated here:

We leave you with a quote from Mr. Wilkinson in the Guardian this week: “I’m not necessarily proud of the World Cups and the grand slams won or lost, the amount of points scored, this record or that.  What I am proud of is I have searched for the best of me and I have been a team man without fail.”

Are you reading, Mr. Armitage and Mr. Ashton?

For those wishing to see Mike Pyke in action, here we go. 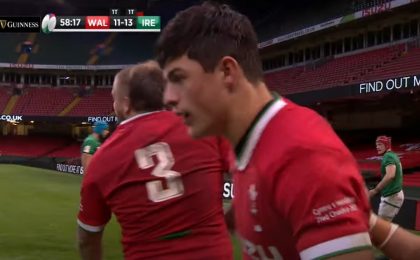 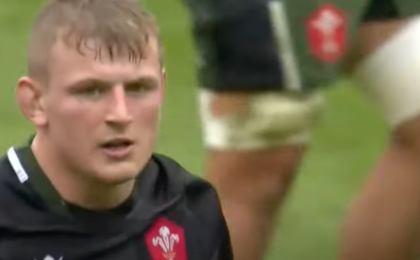