The new chairman of the Welsh Rugby Union was, without a doubt, one of the greatest wings to have represented Wales in the 140-year-plus history of the national team. Ieuan Evans was a shining light in an era of darkness for the national team.

That he burned so brightly on the playing fields of Test rugby despite being part of what was usually a sub-mediocre national team is a testament to his playing talents. Even more remarkably, he glowed in spite of the fact he suffered multiple serious injuries and the national side was handicapped by the ever-archaic and self-sabotaging Welsh Rugby Union. 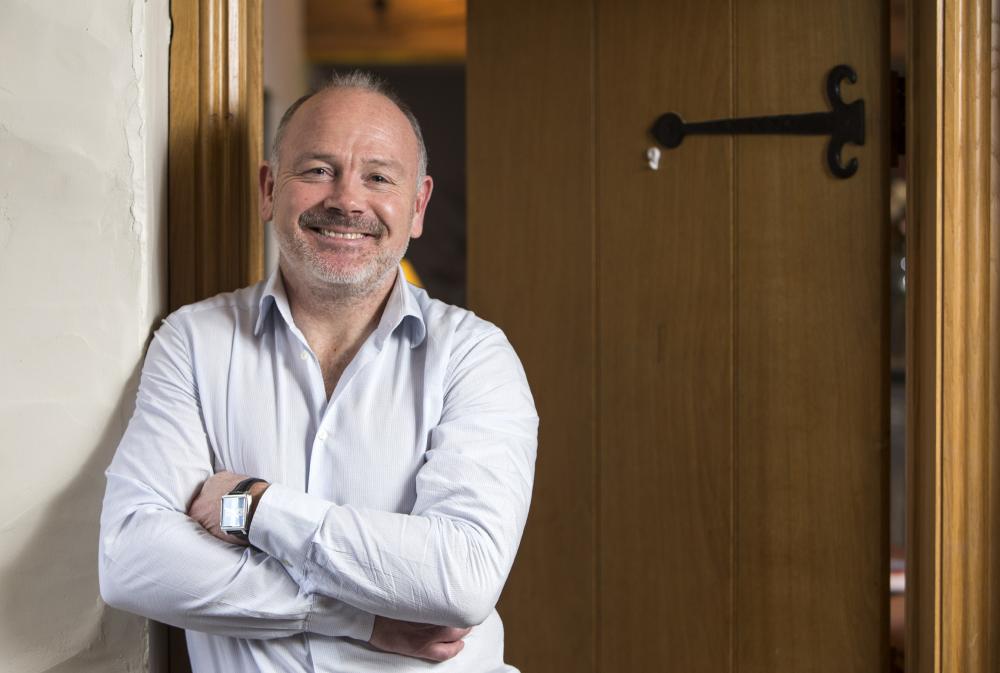 A great deal of what held back Welsh rugby in the late 1980s and early 1990s can be laid firmly at the door of the WRU. As a player, Evans, quite rightly, was at times hugely frustrated and angry with the union that, like today, operates in such a way as to not only halt the game’s progress, but continually yanks it aggressively back into the dark ages.

Great stuff in here. Time for him to start the revolution and show he is a man of his word. #WRUReform begins now…surely?

Published in 1995, the year rugby went professional, his autobiography ‘Bread of Heaven’ (written with journalist Peter Jackson) offers a fascinating insight into what Evans the player thought of the Welsh game’s administrators. The most telling passage could well have been written last week:

“Democracy is all very well but too many small clubs have too big a say without having any knowledge of what is entailed at international level. The WRU have a lot to answer for. Too narrow in its outlook for far too long, it has been guilty of a disturbing lack of foresight and guilty on too many occasions of behaving with a serious lack of dignity.”

In the wake of the terrible failure of second-rate CEO Steve Phillips and former chairman Rob ‘I know more than people think I do’ Butcher to pass a proposal that would give the WRU  board the option of appointing an additional independent director as the organisation’s chair, the need for removing the influence of the “small clubs” has never been more pressing.

If Evans believed the above in 1995, when the game was just turning pro, surely he believes these things even more so in the fully-fledged professional age? No sound intellect could watch what has happened in the past three decades and think the above was no longer true and that the small clubs should continue to have such influence on the elite game. In fact, a person sound of mind could surely only have hardened in their belief things have to change.

Evans’s book is littered with insight into how he felt about the WRU and we hope he takes the time to review his youthful writings. What’s more, the Welsh media should put his own words to him to get a clear sense of how his views have or haven’t evolved.

Of course, people’s views and outlooks change and mature as they grow old. But in light of the history of the last three decades in Wales, the frustrations should only have grown for Evans and all among his wasted generation. It would be concerning if he had witnessed events in recent years and mellowed in any way. 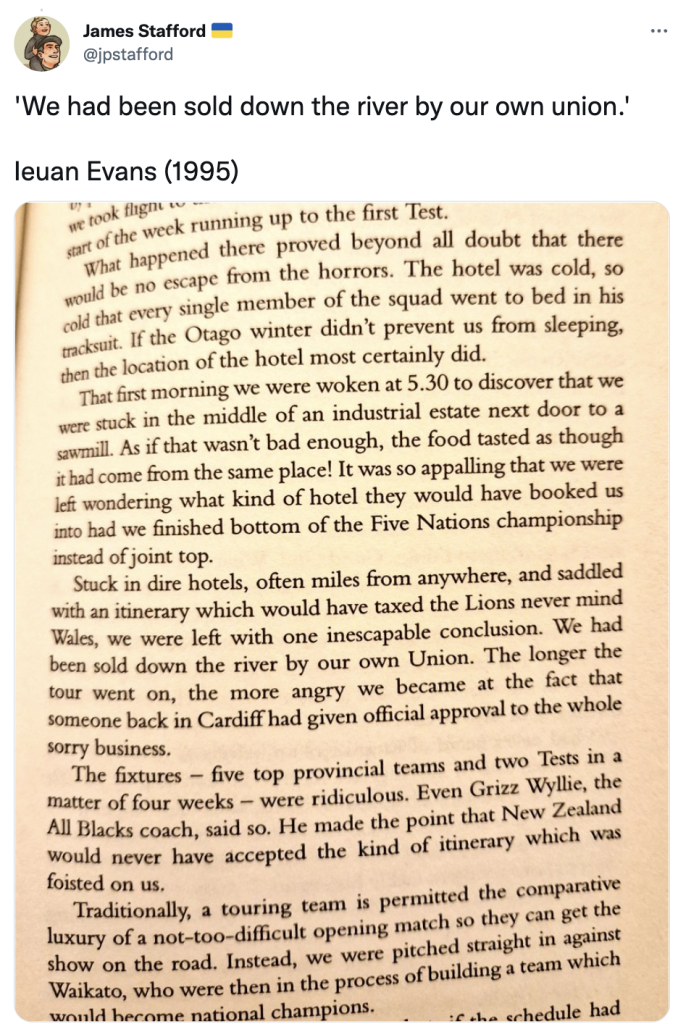 Evans may have been one of the greats of Welsh threequarter player, and a hero to this author as a young child, but to date he has shown little of the revolutionary spirit (and business nous) that will be needed to tear down the bricks of mediocrity that form the WRU board and rebuild them again from scratch. Here on The East Terrace, we hope that he will remember the spirit that raged within him when he wrote the words that graced his autobiography. 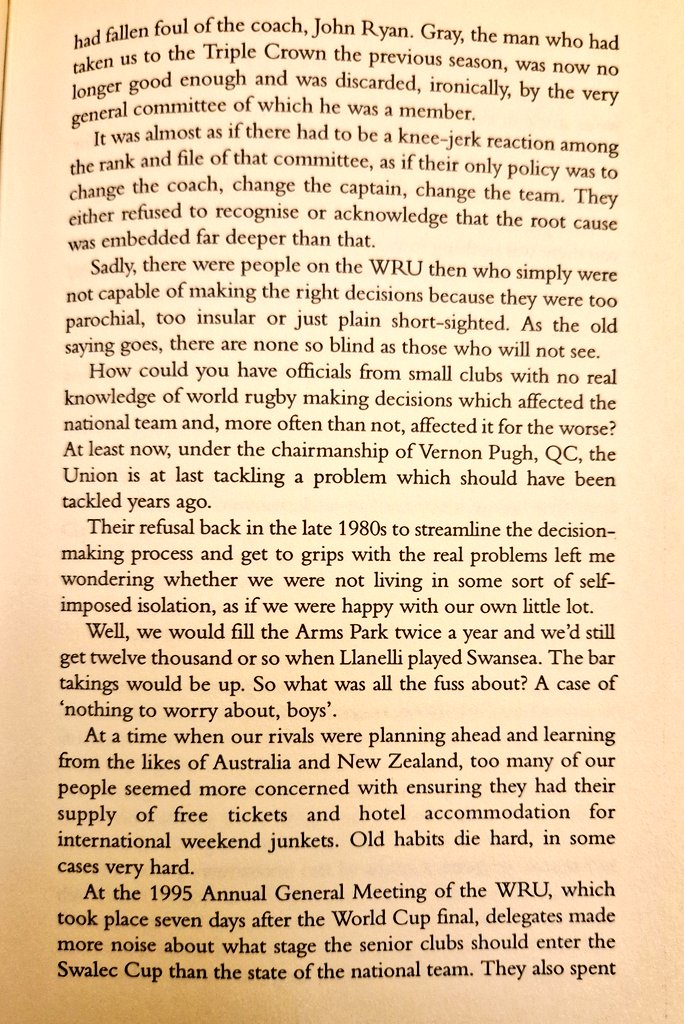 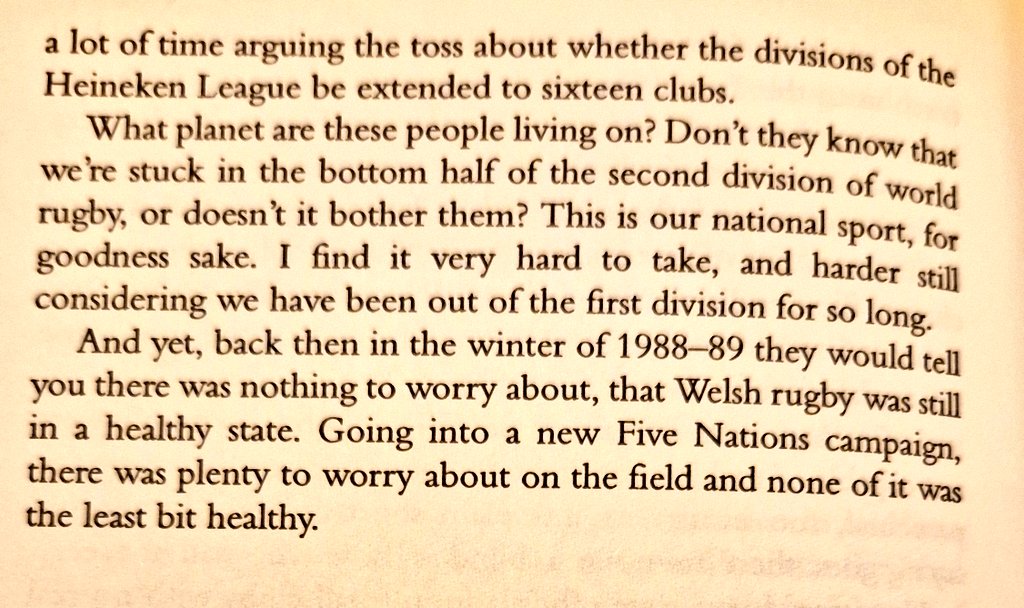 If Evans can deliver meaningful change and drag the union into the 21st century, it will outdo even the greatest things he did in the number 14 shirt for his country. And if the board refuses to change, then he should call its members out with words that ring as strong and as true as they did in 1995.

Anything else would be a betrayal of the righteous anger of youth that once so clearly burned within him.

UPDATED: WRU management speak: A written history of the ‘learnings’ of Westgate Street